The Samsung Galaxy S4 is the most hotly anticipated smartphone ever from the Korean brand, and with a glut of top end features, it’s the most powerful and desirable device Samsung has created yet.The Samsung Galaxy S4 is a smartphone manufactured by Samsung Electronics. It was announced in New York City on March 14, 2013 as the successor to the Samsung Galaxy S III. The phone has many distinguishing software features such as Air Gesture, Smart Stay, and Smart Scroll; a 13-megapixel back camera, and a 5-inch (130 mm) 1080p display. It is the first TCO certified smartphone.The S4 has two major variants, one featuring a quad-core Qualcomm Snapdragon 600 and the other featuring an Samsung Exynos 5 Octa. The Exynos 5 Octa version features the first big.LITTLE architecture central processing unit (CPU) but does not have LTE connectivity. . One of the most impressive things about the phone is the fact the size hasn’t changed from its predecessor – the Galaxy S4 comes in at 136.6 x 69.8 x 7.9mm (5.38 x 2.75 x 0.31 inches), meaning there’s no extra heft to try to work with in your palm.

The BlackBerry Q10 is the second of two new BlackBerry smartphones unveiled at the BlackBerry 10 event on January 30, 2013 The QWERTY-keyboard smartphone still has space for a 3.1-inch 720p touchscreen, inside is a 1.5GHz dual-core TI OMAP 4470 processor, 2GB of RAM, NFC, a microSD expansion slot and an 8-megapixel rear camera. The keyboard has been updated with a wider layout and larger sculpted keys.. The device has the company’s distinctive QWERTY keyboard similar to that found on the BlackBerry Bold series and a 3.1-inch square AMOLED multi-touch display.Its a good QWERTY handset from BlackBerry that combines durability and compatibility.

Going through the comparison we can say that Samsung galaxy S4  has a good 5’’ screen with sharp resolution . ,13 Mp camera ,memory storage upto 64GB  a 1.9Ghz fast processor and a wide collection of apps and good battery backup .Meanwhile Q10 has 3’’ screen with low resolution ,8 MPcamera  16 GB memory and less apps , BlackBerry 10 operating system to provide direct updates And moreover Q10  is bit too overpriced at  Rs30,000 . so SAMSUNG GALAXY S4 emerges as a good choice. 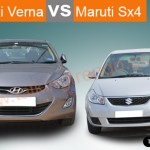