Audi A4 vs Bmw 3 Series comparison

7+ User Votes to help you to compare Audi A4 vs BMW 3 Series.

Audi, BMW and Mercedes are top luxury automobile companies in the world, they have presence in almost all automobile category. The category which it is most competitive is the entry level luxury sedan cars. Audi has A4 and BMW has its 3 series. BMW for long is the front runner in this segment but Audi is catching it fast with its beautiful A4. New 3 series has bold and muscular looks and A 4 looks like a class car with its elegant looks.

In this article we will look in all aspects and will find out which car is better.

Audi A4 has avid head room as tall people does not have to cramp in. The car center console trimmed with alloy, alloy trim on dash-board and doors, steering is light and comes with in build features. leg room is good at front seats but leg room at rear seat is not that much. It also has a LCD screen with in build audio system which has Google maps. A4 has big enough roof top. BMW has improved the interiors in new 3 Series as it has refreshed up the quality and increased up the features in the car, now it looks more modern front seats have good leg room but same as A4, 3 series have the same issue at leg room at rear seats, quality of interiors is top class.

Audi A4 LED headlamps are eye catching and its main feature. A4 design is best in its class . It comes with 17 inch 5 spoke allows wheels. The car is available in metallic and not metallic colors.  The 6-point grill, new rear and front bumper and refurbished tail lamps with LED strip are the exciting new features BMW has added new spark to 3 series by improving its looks making it more muscular and improving its aerodynamics. It comes in luxury and sports line. The sports line comes with chromed grill at front and at the rear.

Audi A4 vs BMW 3 Series – Engine and Performance: 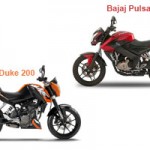 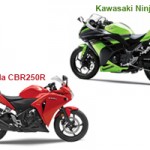