In year 2012 both the automobile maker Audi and BMW unveiled there new cars as Audi launched its seven generation A6 and BMW also unveiled its new 5 Series. The market for luxury sedan cars is on the boom in India all automobile makers have there presence in this category like Mercedes has E Class, Jaguar has XF, BMW has 5 Series and Audi has A6. Leading the pack are A6 and 5 series. Earlier Audi was on third number in sales in India but now it has overtaken both Mercedes and BMW.

Audi are considered to be leaders in interiors which is continued by A6 as it has beautiful interiors as its taken from A7 along with lots of class and richness in its cabin as it also include a large screen that slides in and out of the dash on start-up. The car has good amount of head room and leg room at both rear and front seats. BMW 5 is luxurious from inside and has many smart functions but lacks the flair A6 has.

The new Audi A6 is bases on A7 which is sporty fast and has lots of class. The Day running Led lights are beautiful at front and at rear. The car straight lines are wonderful. It is also not that low. New BMW 5 Series has improved its looks from its previous models as it is now much more muscular and bulkier yet very nimble.

Audi A6 vs BMW 5 Series – Engine and Performance:

Audi A6 vs BMW 5 Series – Technology: 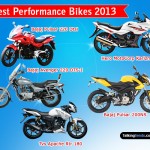 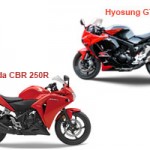