17+ User votes to help you to compare Bajaj Pulsar 180 and its Competitors Bikes.

Bajaj Pulsar 180 Overview: Bajaj Pulsar 180 is another great lined up in Pulsar series by Bajaj Motorcycles. Pune based Bajaj Company got huge response by commuter in this segment. In 2009, the newly upgraded Pulsar 180 made its debut. It now featured wider tyres, a split seat, clip-on handlebars, a 3D Pulsar logo and tank scoops, all welcome features for this new generation of bikes. The Pulsar 180 is a well-built vehicle with plenty of bulk: its body is sturdy and muscular, yet surprisingly elegant in its appearance. It’s more refined and aerodynamic than its previous incarnation. 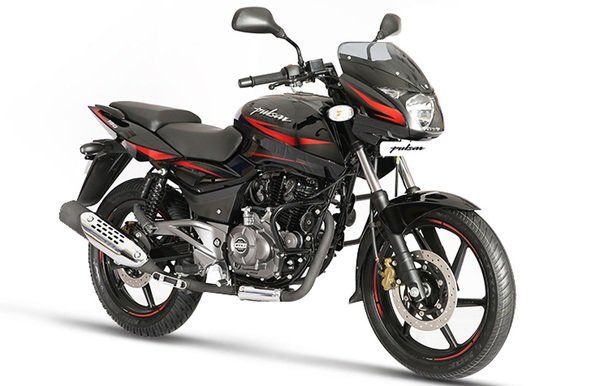 Bajaj Pulsar 180 Specifications: Bajaj Pulsar 180 is powered by a 178.6cc, air cooled, single cylinder DTS-i engine that churns out 17 Bhp at 8500 rpm and a peak torque of 14 Nm at 6500 rpm. Bajaj holds the Indian patent for its DTS-i technology Digital Twin Spark Ignition. The engine is mated to a five-speed gearbox. The Suspension bits include telescopic front forks and twin Nitrox shock absorbers at the rear. The Bringing this motorcycle to a halt are 260mm front and 230mm rear disc brakes.

Bajaj Pulsar 180 Mileage: The new variant of the Pulsar 180 has a certified mileage of 58 kmpl for driving at a constant speed of roughly 55 kmph. Under testing, the bike provides a mileage of approximately 40-45 kmpl, falling to about 35 kmpl in city traffic, The fuel tank has a capacity of 15 liters.