India is a huge country having a large number if people spread across various cultures and religions. The capital city of India, Delhi, is one of the most populous cities of the country, which attracts tourists from all over the world. We all know about the huge amount of tourism that we get from the nearby countries of China, Japan, Sri Lanka and their likes.

So, when a person comes to visit a new country, what they want is good food. A person cannot just tour around the whole day, without having proper food. So, a person has to know about the best indigenous food joints in the city where he goes.

I’m studying in an International Course, where I have a lot of my classmates from countries outside India. So, one of my classmates, who is a Japanese, asked me about the best Japanese restaurants in the vicinity. Obviously, I did not know any, so for the time being I took him to the college canteen and we had chowmein. But, obviously after that I did a good amount of research for him, as he needed food on a regular basis, and he would enquire again, I would not be in a position to be thought of as a person who does not know about Delhi, inspite of spending my whole life in the city.

So, here is a list of the Best Japanese Restaurants in Delhi and NCR. I gave him this list. It helped him a lot. I hope it proves to be useful for many more like him.

These restaurants were visited by my friend also and he was very happy after having food there. Je even called up his mother back home and told her that he had found Japanese food in Delhi, which made him miss her food a little lesser. But, Mom’s food is Mom’s Food! Still, these restaurants are worth a visit. Go ahead and do reply with your comments about each of them. Happy Dining! Welcome To Delhi! 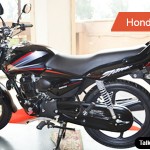