The Chinese manufacturer CFMoto that has tied up with Bangalore-based AMW Motorcycles is set to launch four motorcycles in India on 04 July 2019. The motorcycles will be brought to India via the CKD route and be assembled at CF Moto’s Bangalore plant. The CFMoto company is planning to make a big splash in the Indian two wheeler market from day one. CFMoto 300NK is the entry level naked motorcycle from the CFMoto. The motorcycle will also feature tech like a TFT display that comes with multiple display modes. The 300NK will be the most affordable motorcycle from the CFMoto. 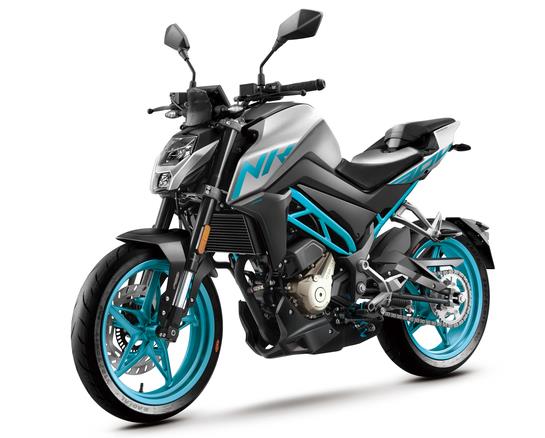 CFMoto 300NK is powered by a 292.4 cc, liquid cooled, single cylinder, 4 valve, DOHC engine puts out 34 Hp of maximum power at 7200 rpm and 20.5 Nm of peak torque at 8800 rpm. The engine is mated to a six-speed transmission. The bike will feature two riding modes, disc brakes at both ends. The CFMoto 300NK has been equipped with a dual-channel ABS unit as per the new safety regulations.

The 300NK is an aggressive-looking street fighter with edgy lines all over its bodywork. It gets a quirky full-LED headlamp that is flanked by LED turn indicators. The naked motorcycle will also feature tech like a TFT display that comes with multiple display modes.