Harley-Davidson the most popular American motorcycle manufacturer is still a performer on roads. This company which was founded in Milwaukee, Wisconsin has survived even during the great economic depression that happened during the first decade of the 21st century. Harley Davidson introduced   Harley Davidson Superlow Xl883 in 2013 its low cost good cruiser bike coming from the world renowned manufacturers of cruiser bikes. DSK Hyosung, one of the youngest and yet one of the biggest players in the cruiser arena, launched its eagerly awaited pair of bikes on the January 16 in India. Comprising of a dashing sports bike, titled 2013 GT650R, and a classic cruiser, named 2013 Aquila GV650 Pro, this package bundles up the exhilarating thrill of sports bikes with the ecstatic pleasure of cruising. Here are the comparisons. Specifications:

Conclusion: The Harley Davidson Superlow is the right kind of motorcycle even for the amateurs. The bike is designed to be as understanding as possible to motorcycling enthusiasts. Low-speed handling is improved due to reduced diameters of the front and the rear wheel. Riding on the motorcycle is also made to give optimum comforts. With the knowledge that greenhorn motorcyclists are not very good at handling, the Harley Davidson Superlow engineers made the motorcycle’s handlebars easy to reach. The center of gravity is also low, which is a measure put in place to enable easy control of the motorcycle that weighs 563 pounds. The seat height too is as low as possible. The braking system of the motorcycle is also effective, with dual-piston 292 mm front and 260 mm rear brakes. The Harley David Superlow is also enabled to travel long distances without budging. This is achievable because its fuel tank can hold 17 liters of gas. Also, the user is more motivated to ride it because of its smooth suspension system. Hyosung GV650 Aquila Pro is a good value for money bike as it’s the cheapest cruiser bike available in India which has a V-twin engine. It performs really well and gives you a memorable cruising experience. So, if you are planning to buy a high class yet economical cruiser bike then Aquila Pro would be a good choice if you are a die-hard Harley Davidson fan then you won’t mind spending extra money for this rugged cruiser. 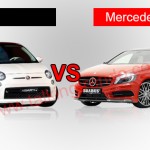 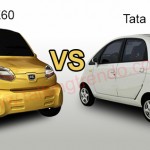 Next Story
BAJAJ RE60 VS TATA NANO