Honda Amaze is likely to get powered by 1.2 litre of i-VTEC petrol engine churning out 88PS of peak power and coupled with five-speed manual transmission. Fuel economy of 15 to 16kmpl on the city roads and 19 to 20 kmpl of mileage on the smooth highways. The Honda Amaze Sedan launch is just round the corner and keeping in mind the market situation. The 1.2 litre petrol engine would be able to touch the 100 kmph speed mark in few seconds with a top speed of around 170-180 kmph.

Power steering wheel further takes on the handling of the car to a much higher level. The car will further come with anti-lock braking system, electronic brake force distribution system and brake assist. The 2-Din audio system will have USB, Aux-in and iPod interface. It is 5 inch smaller than Maruti Dzire but looks spacious from inside.

21+ User Votes to help you to compare Amaze vs Chevrolet Sail vs Platinum Etios. The launch of Honda Amaze instigated an all-new era of... In this last quarter of 2012 and next year you will see launch of many cars in India.  It is a happy time for cars enthusiasts  as they... 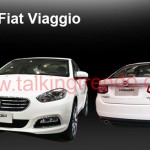