77+ User votes to help you to compare Jawa Forty Two and its Competitors in India.

The reintroduction of the Jawa brand in India took place 22 years after closing their operations in the country back in 1996. The Classic Legends Pvt Ltd, the company in which Mahindra has a 60 percent stake, bought the rights to the brand in India and is now re-launch the entire Jawa series of Motorcycles in India.

Mahinda-owned Jawa Motorcycles has launched the Jawa range of motorcycles in India. Jawa Motorcycles lunched the three new model motorcycles in India. The first model, simply called Jawa, while the Jawa Forty Two and the Jawa Perak ‘Factory Custom’. Jawa Forty Two is a slightly modern take on the design of the classic Jawa. Jawa Forty Two come with loaded features like as a modern looking headlight, bar-end mirrors affixed to lowered handlebars, an offset instrument console and a short front fender. The grab rails and front fork covers are all-black. If there was any motorcycle in India that could underscore the “retro modern” moniker, the Forty Two will be it. The Jawa Forty Two is powered by a 293cc, liquid-cooled, single-cylinder, four-stroke, DOHC engine which cranks out 27 Bhp of power and 28 Nm of torque. The bike engine will be built with BS-VI vehicle emission norms in mind. The engine comes along with a six-speed manual transmission. The bike gets a telescopic fork at the front and twin shock absorbers at the back with a gas-charged canister at the bottom. Braking duties might be handled by a disc brake up front and a drum unit at the rear. The Jawa Forty Two motorcycle should be equipped with a single-channel ABS as per the new safety regulations.

The new bikes Jawa Forty Two will carry the original Jawa virtues of good handling, nimbleness and agility. The Jawa Forty Two come with loaded features like as a modern looking headlight, bar-end mirrors affixed to flat and lowered handlebars, an offset instrument console and a short front fender. The offset instrument pod with tiny digital display and fuel gauge. The grab rails and front fork covers are all-black. 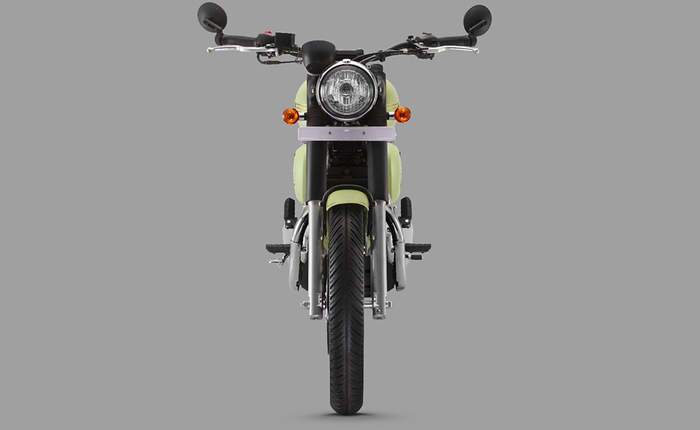 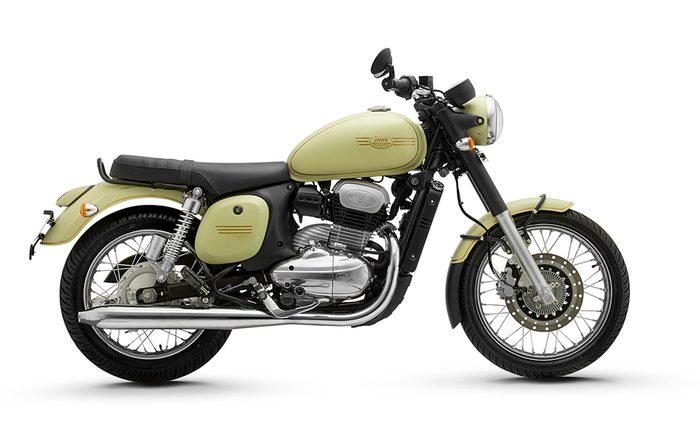 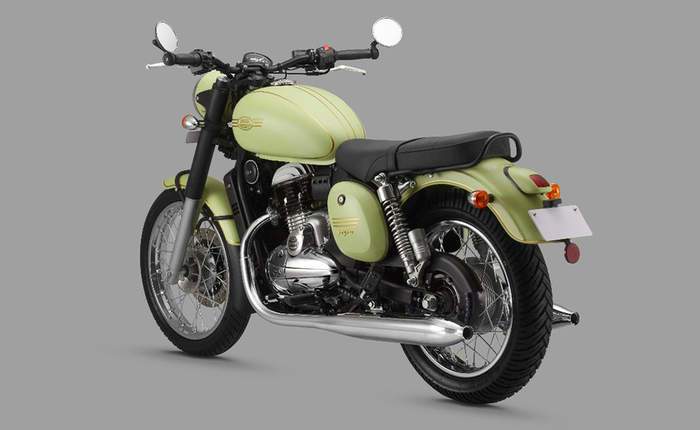 Jawa Forty Two – Side & Back View