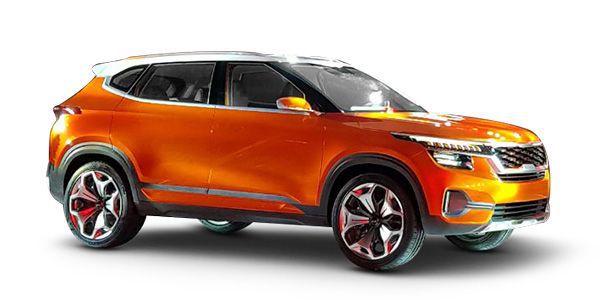 Kia SP SUV concept was revealed in 2018 Auto Expo. Kia motors decided to launch of an his company through an compact SUV in the India car market and Kia may launch the SP in India sometime in 2019. Just because of SUV’s are gaining high momentum in the India right now. The Korean car company decide to launch his first car with the Hot SUV D-segment. While Kia is yet to reveal details on the production version SP, reports suggest that the production-spec version will be largely same as the concept. The Kia SP price in India is likely to fall in the range of Rs. 12 to Rs 15 Lakh.

As we all know, Hyundai owns a major share in Kia Motors and This allows the company to use resources from each other to keep the research and development costs in check. Nothing on this is out yet officially. We can say though that there will be the option of one-litre and 1.6-litre engine. The car could have both petrol and diesel engines on option. Both manual and a CVT automatic transmission could be considered for India. AWD is not expected to be offered on the SP as it is not in high demand in India.

The front fascia retains the concept large two-part grille while the headlamps, though not as large, retain the same basic shape and layout. Naturally, the oversized wheels and large contoured bumpers have been toned down too. On to the side we see the rear sloping roof line, white colored roof and massive wheels with the multi-spoke alloy wheel design. The appearance is enhanced by the grey cladding that runs all around the base of the Kia SP India as well as over the heavily flared wheel arches. At the rear, it is a mix of elements thanks to the chrome exhaust setup as well as chrome line that runs across the top section of the body. The chrome also goes through the tail light assembly.

The Kia SP Concept will feature premium interiors, with adequate amounts of leather. A large touchscreen infotainment with Android Auto and Apple CarPlay will be an assured addition. Taking cues from its Indian competitors, Kia might also offer a long list of features in their upcoming cars. The upcoming 5-seater SUV, for instance, is expected to carry the fully digital instrument cluster from the concept to production. Upon launch, the Kia SUV will be the only car in the segment to have such feature.