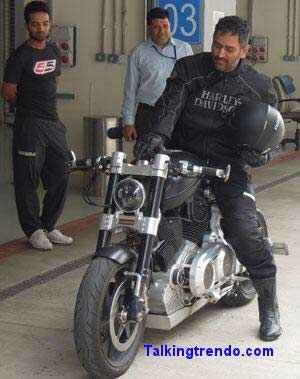 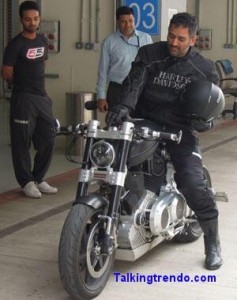 We can see clearly love for bikes of Mahernder Singh Dhoni in his recently launched biopic M.S Dhoni: The Untold story where it is depicted how happy Dhoni is buying his first bike Rajdoot and was seen riding Harley Davidson Fatboy in this movie how with time his love for bikes help him from coming out of depression and adverse situations, bikes has been an major part of Dhoni life.

On 8th April 2015 Mahendra Singh Dhoni has added yet another masterpiece bike Kawasaki Ninja H2 which he showcased on his Istagram profile and Twitter A/c. Mahendra Singh Dhoni new Ninja H2 is powered by a 998cc supercharged engine that churns out 207bhp at 11,000rpm and a maximum torque of 140.4Nm at 10,500rpm. This engine transfers the power to the rear wheel via a six-speed dog-ring transmissions and it is priced at Rs 29 lakhs.

After Returning home from the World cup Mahendra Singh Dhoni was seen riding a green bullet BSA Gold Star on the streets of Ranchi on 6th of April 2015 without any security guards. The new Green Bullet BSA Gold Star is the newest acquisition in MSD long list of bikes.

On 1st August 2013 Dhoni Tweeted that he bought his fist bike for Rs 4500 which will go on restoration process and currently is in very bad condition and soon he will repost the picture of after restoration.

On 12th September 2013 Dhoni tweeted the picture of his first bike he bought Rajdoot as he promised earlier. He wants to restore his bike as it is in very bad condition. 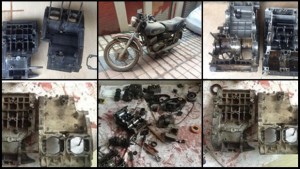 SD recently Bought an Audi Q7 suv in black color in the month of march 2013. The car is currently parked in his home in Ranchi.

MSD was seen driving a new Porsche 911 yellow color to the  training ground. A new addition to his entourage of bikes and cars.

Do you Like MS Dhoni’s Collection of Automotive: Vote Now 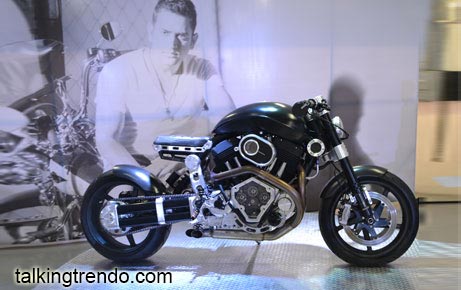 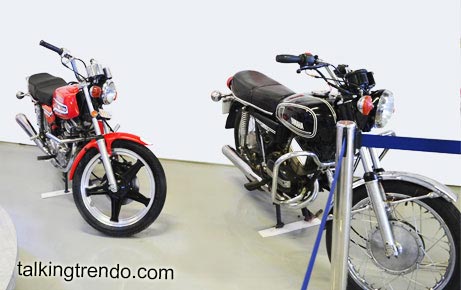 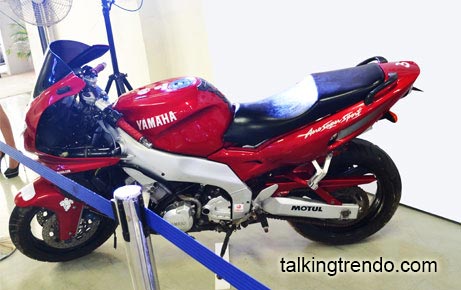 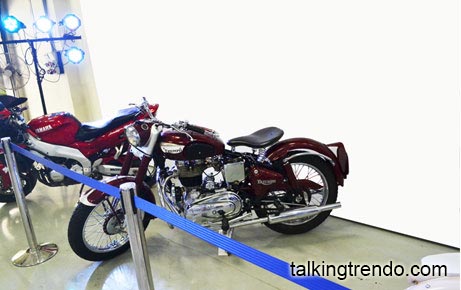 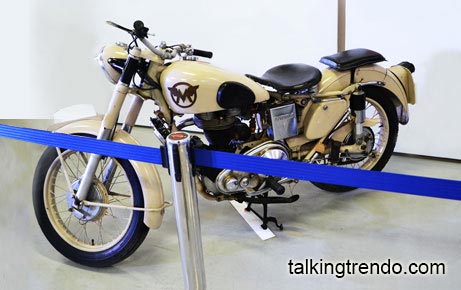 We all know M.S.D loves collecting and riding big bikes and SUV cars. The captain of Indian Cricket team and captain of Ipl team Chennai super-kings has a large collection of bikes starting from Rx to Hellcat 132 along with that he owns large no of Suv cars. Over a period of time he likes to add a new bike or a car to his large kitty of mean automobiles.  Not only he likes to buy them he also like to ride them in his home town Ranchi when gets a break from cricket. Going with is passion Msd launched a racing team at FIM Supersport World Championship and is named as MSD R-N Racing Team India. With other cricketers. Cricketers like Sachin Tendulkar, Virat Kohli, Pragyan Ojha and other were present at the Circuit.

Yamaha RX – The Yamaha RX was launched in 1985 in India. Its Powered by a 98cc, 2-stroke, reed valve, air-cooled, single-cylinder, gasoline 7 port torque induction engine. It generate maximum power 11 Bhp at 7500 rpm and maximum torque of 10.39 Nm at 6500 rpm. Yamaha RX one of the most successful bikes in India. Yamaha’s RX was the first choice of those who loved performance in the mid 1980.

Harley Davidson Fat Boy – Fat Boy is a cruiser bike of Harley Davidson. It Powered by a 1690cc, air-cooled, twin cam 103B engine. It generate maximum power 65 Bhp at 5500 Rpm and maximum torque of 133 Nm at 3500 Rpm. It maximum approximate top speed is 170 kmph. Harley Davidson Fat boy would be price at raughtly 15.45 lakhs.

Ducati 1098 – Ducati 1098 is the sport bike. It come with three versions, the 1098, 1098S, and 1098R. It powered by a 1099cc, 90 degree, V-twin cylinder, 4 valve per cylinder desmodromic, liquid cooled engine. It generate maximum power 160 Bhp and maximum torque of 123 Nm. It created ripples in the racing world, taking home two Superbike World Championships.

TVS Apache – TVS Apache is the sports commuter bike of TVS. Apache is come with racing DNA from TVS racing bike segment. The Apache is the first bike in India with a petal disc brake. The bike also available in six colors white, red, black, yellow, blue and grey.

Hero Karizma ZMR – Karizma ZMR is the sports bike of Hero. It is powered by a 223cc, 4-stroke, single cylinder, full transistorized ignition system (DC-FTIS), fuel-injection, oil-cooler, OHC based engine. It generate maximum power 20 Bhp at 8000 rpm and maximum torque of 19.7 Nm at 6500 rpm. It maximum approximate top speed is 129 kmph and it reaches 0 to 60 in under 3.60 seconds. Hero Karizma ZMR would be price at raughtly 1.07 lakhs.

Toyota Corolla – Corolla is the Sedan car of Toyota. It come with following 9 versions with 2 engine and 2 transmission and 2 fuel options. The car is stylish and sturdy with availability in seven attractive colors. Corolla Sedan is one of the most desirable cars in the Indian market. Toyota Corolla would be price at raughtly 13.79 – 18.67 lakhs.

Maruti Swift – Swift is the sucessfull hatchback car of the Maruti. Swift follows a black theme with some silver inserts on some parts of dashboards and steering. The seats are comfortable. Maruti Swift design inside and out side, interior quality, ride and handling and peppy-and-efficient engines have made the Swift a favorite hatchback car.

GMC Sierra – The GMC Sierra is a big hulking pickup truck. Its imported from the USA. It is a corporate cousin of the Chevrolet Silverado, sharing the same platform, engines, body styles and major mechanical features. It is powered by a 6.6 litre V8 engine. It generate maximum power 400 Bhp and maximum torque of 1036 Nm. GMC Sierra would be price at raughtly 35-40 lakhs (including import duties).

Porsche Boxster – Porsche Boxster is the two-seater sport compacts built by Porsche. It is the most popular Porsche models till date. Although these new turbo engines. It comes with 2 versions with 2 engine and 2 transmission and 1 fuel options. Porsche Boxster would be price at raughtly 1.02 – 1.15 crores. After seeing this ever-growing list of cars MSD owns which of the bike or car you would like to own?

Mahendra Singh Dhoni and his wife Sakshi share a common love for Dogs as they are well known for their love for dogs as they used to own three dogs at their Ranchi Residence. Recently they have adopted a rescued pup from Hope and Animal Trust Ranchi called Liya or leah. 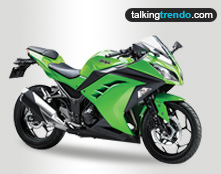 Hellcat X 132 is a bike from Confederate Motorcycles. Hellcat is a monster of a bike including specs are such 2163 cc V-twin with square...