21+ User Votes to help you to compare Toyota Fortuner vs Renault Koleos.

In the period of slowdown in the Automobile Industry you are seeing the biggest dip in sales of cars from the past decade. To cope that cars manufactures are coming with Interesting Emi and discount offers for consumers. So Its a good time to buy your dream SUV car at reasonable price.

The Entry level Suv market has heated up with emergence of new cars like Audi Q3, Bmw X1 and Renault Koleos earlier the segment was dominated by Toyota Fortuner as the car has seen huge demand and waiting period of more then 4-5 months. But now you have more options to choose from So we will compare the two best sellers of this segment Toyota Fortuner and Renault Koleos.

It looks good on the outside but even better when one steps inside the spacious cabin. The vehicle has the capability to perform quite well on the Indian roads but there is much that is left which could have been offered to make Renault Koleos even more thrilling and exciting. The vehicle can easily seat 5 and comes with features like the ABS, EBD, BA, parking sensors, leather upholstery etc.

The car has abundance of space at front seats as well on rear seats. The car comes with a double din music system. The material used inside the car is good the seats can get automatically adjusted as well the steering comes with cruise control features. The car comes with good amount of chrome in it.

Renault Koleos interiors are fresh as it has lots of space ,a nice funky dashboard along with it is made up of soft material, It has a Audio system from Bose with 8 speakers.The steering wheel comes with Audio mounted features it can be adjusted according to the person requirements. The A/c vents are very stylishly placed above the Audio controls, the chrome is used at right places. It also offers ample storage area in the form of large glovebox, underfloor compartments, folding tray tables, etc. The rear seats row can be folded flat that increases cargo capacity up to 1,340 litre.

The changes to the Toyota Fortuner include the interior being re-furnished too. The sporty pedals look amazing while the steering wheel is new and feels chunky to hold. It houses buttons for various functions such as the audio system, Bluetooth and multi-information display. The faux wood finish on the steering makes the ambiance in the interior a lot more plush. It has been generously applied to the power window switches and around the two central air-con vents and makes the whole interior smell of class.

Toyota Fortuner is a huge car as it has a very good presence on road. The car recently relaunched with better looks and different colors. The car now looks aggresive from front and rear.

Renault Koleos is equipped with a 2.0 litre diesel motor; the 2.0 litre, dCi, 1995c, Euro-4 common rail diesel rail power train pumps out maximum power of  150 Bhp. It can reach 0-100 in less then 12.3 seconds. The engine has been affixed with a 6-speed automatic gearbox with the 4WD functionality. There are three modes of the 4×4 I transmission viz. Auto, lock Mode and 2WD mode. It gives an mileage of 13.7 kmpl. 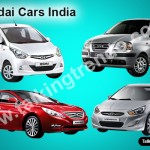 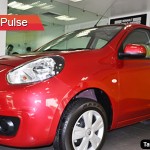