BAJAJ RE60 VS TATA NANO Bajaj RE60 vs Tata Nano

Targeting the middle class consumers, India’s second largest bike maker Bajaj Auto is about to introduce its first four-wheeler in the Indian market. Named RE 60, the car is expected to challenge the supremacy of Maruti Suzuki 800 and Tata Nano in India. Before explaining the pros and cons of Bajaj RE60, analyzing the technicalities of its competitors is of utmost importance. Bajaj RE60 “quadricycle” is a “good for value car” built for Indian domestic market .The car is manufactured by Bajaj auto which was unveiled  on 3 jan 2012.With this launch Bajaj is aiming to take on the supremacy of  Tata Nano which enjoyed a situation of no competition till date. This car is  an Eco friendly car i.e. lower emissions will be USP of the car which would boost its sales. Bajaj claims the goal here is to promote safety and efficiency. With RE60 Bajaj is aiming to replace the auto rickshaw and improve intercity passenger transport system.

Tata created a landmark in the history of Indian automobile industry by launching Nano in 2009. At its launch it was termed as worlds cheapest car priced at $2500 or Rs 100000. Since its 2009 debut the price has increased but still it remains low cost four wheeled passenger vehicle. New color Options have been added as well and the overall quality of paint as well as fit and finish seem better in the Tata Nano 2012. The Nano comes equipped with twin glove-box integrated into the dashboard, new USB compatible music system, key-less entry system, new design for seat upholstery, improved plastic quality and rear parcel with integrated speakers. The Nano might be cheap, it is a proper car with four doors, a rear engine and easy city use manners.

Tata Nano Vs Bajaj RE60 – Specifications:

Tata Nano Vs Bajaj RE60 – Price After GST:

Regarding the comparisons RE60 has a best in class mileage of 35 kmpl as compared to Nano which has 23.62-25.4kmpl and moreover the CO2 Emissions of Bajaj RE60 is 60Gm/Km which is a standout feature in it. Regarding other features Tata Nano has a competitive edge over RE60 in terms of torque power, looks and speed 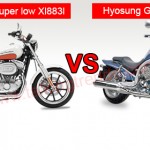 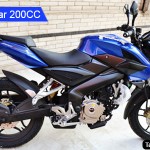 Next Story
BAJAJ Bikes in India 2015