Ford India has revealed all-new crossover, the PUMA as Fiesta-based compact SUV. The new PUMA is based on Ford’s existing B global small car architecture, the same as the Fiesta, but the platform’s inherent flexibility has allowed the Puma to be sized very specifically. Puma will also get mild hybrid engine. Ford says the hybrid assistance has allowed the engine’s compression ratio to be lowered and a larger turbocharger to be fitted, as the BISG can mitigate turbo lag and keep the engine turning faster. The Puma revealed ahead of its debut at the upcoming Frankfurt motor show this September. The new Ford Puma will sit above the EcoSport in the brand’s global line-up. Powering the Puma is a 1.0-litre EcoBoost petrol coupled with a 48V mild-hybrid setup. This engine is available in two states of tune – 123hp and 152hp.  Both versions get a 6-speed manual and a 7-speed DCT gearbox. A 1.5-litre diesel with a 6-speed manual gearbox will also be offered on the Puma crossover. It will be one of the first Ford models to take local hazard information from the HERE data network, receiving live updates of congestion, crashes, ice and pothole warnings.

Despite its dinky looks, overall length will be approximately 165.3 inches, about four inches longer than the EcoSport. Ford promises a spacious and innovative interior than can be easily configured to accommodate different combinations of passengers and luggage; the Puma is also set to effectively repalce the brand’s compact B-Max minivan in Europe. Despite its rugged looks, the Puma’s underpinnings mean that it will be front-wheel drive only. Ford has even aimed to attract the people who wanted a crossover style SUV that would be even larger than the EcoSport but expected to be smaller than Ford Kuga. 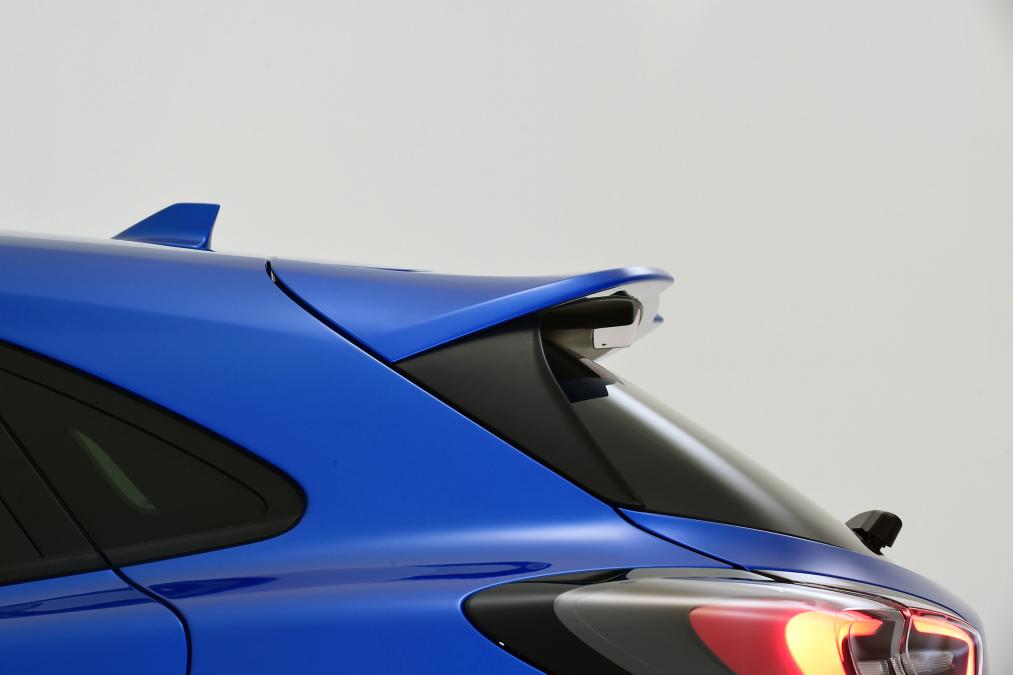