24+ User Votes to help you find best off road SUV in India.

With the change in lifestyle, people prefer to have bigger family cars. Since traveling on weekends has become a trend nowadays, the SUV’s are loved by people given to their spacious interiors and sturdy exteriors. These Sport Utility Vehicles can be used both on roads and off roads (rugged terrains), making them perfect for everyone. While the original Maruti Suzuki Gypsy has its own place, the newer SUV’s are many to jot down. Here we have listed the best off-roader SUV’s which are very popular in India.

Vote your best Off Road SUV in India:

The Toyota Fortuner 4×4 can seat seven and offers the best of all worlds. It has a 3-litre diesel engine that puts out 169 bhp of power and 343 Nm of torque. It comes with a five-speed manual transmission. With a power-to-weight ratio of 86 bhp per ton this means it can take on rough terrain with ease. Toyota has equipped the Fortuner with a full-time 4×4 system and a low-ratio gearbox. It also has a lockable center differential, 17-inch wheels and 221 mm of ground clearance. It is easy to drive off road, with ample power at your disposal and the best part is you can do all this in the air-conditioned confines of your spacious SUV, without breaking a sweat.

The Pajero Sport like the Fortuner is also a seven-seater SUV with good off-road prowess. It sports a 2.5 litre diesel engine that makes 176 bhp of power and 400 Nm of torque. It is mated to a five-speed manual transmission and a part-time 4×4 system that uses a “super-select” system. It has a power-to-weight ratio of 85 bhp per ton which is similar to the Fortuner, but the Pajero offers more torque. It sits 215 mm off the ground and makes for a good off-roading vehicle. The Pajero churns out a massive 400 Nm of torque which increases by more than two folds when low-ratio is used. If you are on a tighter budget or are more of a dust and mud in the hair kind of enthusiast then the Gypsy ticks all the right boxes. The Gypsy offers you almost nothing in terms of comfort and convenience. That’s because it’s meant to do only one thing; perform well off road. And that it does very well with the help of its 1.3 litre petrol motor that puts out 80 bhp of power and 103 Nm of torque. It has a 5-speed manual transmission and weights only 985 Kg which gives it a power-to-weight ratio of about 81 bhp per ton. The Gypsy isn’t big on torque and makes only 103 Nm. It has good acceleration but a poor top end. It has 210 mm of ground clearance, a stiff suspension on a rigid ladder by frame chassis along with a part-time 4×4 system with a low-ratio gearbox. The crude nature of the Gypsy in fact makes it even more suitable for off-roading as it can take quite a beating.

The Thar is again very similar to the Gypsy in terms of what it offers you. It is a solid and rugged vehicle with bare basic creature comforts. It is powered by a 2.5 litre diesel engine that puts out 103 bhp of power and 247 Nm of torque that is mated to a 5-speed manual transmission. It has a power-to-weight ratio of 59 bhp per ton which is not too good for an off roader but with its 141 Nm per ton of torque it has good pick up. Moreover the Thar handles bas roads very well and can take quite a bit of thrashing! 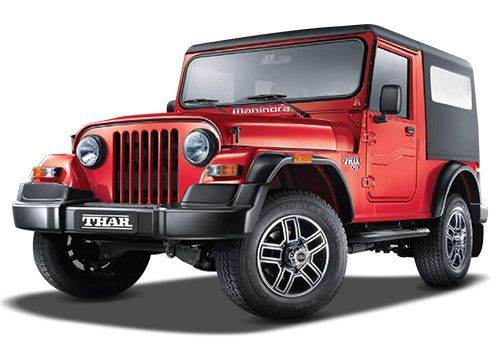 Ford Endeavour was launched in the luxury SUV segment and the SUV is a capable off-road vehicle in the country. With feature-rich interiors and loaded with some of the best comfort and convenience features, the Endeavour is among the best off-road vehicles in India. The new Endeavour gets 3 engine options internationally, with two of them launched to India. The first one is a 2.2 L Duratorq motor by Ford, which comes with a 4-cylinder layout and comes mated to a 6-speed manual as well as automatic gearbox. It produces a max of 157.8 BHP and 385 NM of torque. The second engine is a true power generator, a 3.2 L Duratorq motor with 5-cylinders, producing 197.5 BHP and 470 NM of torque.

The Grand Vitara is a forgotten SUV for most but its ability to go off-road has brought it to number five on our list. It is a petrol-powered vehicle and will therefore be much more expensive to run than other diesel options we have discussed so far. That said, the Vitara sports a full-time four-wheel drive system with a center-differential and a low-ratio gear box. It’s 2.4 litre motor belts out 164 bhp of power and 225 Nm of torque. That coupled with its light kerb weight of 1,614 kg means it is spectacular for off roading. The Vitara with its power-to-weight ratio of 102 bhp per ton is popular among rally drivers and has enough grunt to get you out of almost any situation.

Premium SUVs in D segment are often regarded with strength not just in terms of hardware driving it, but the outer stance and silhouette which sets the first impression among the on lookers. Range Rover Sport has been one of the legendary off-roading vehicles. It makes the drive bearable where the roads disappear. Powered by 4.4-litre V8 engine that produces 335 bhp and 700Nm of Torque, the car takes sharp turns with ease. This car offers all the comfort of a sedan and is competent of passing through mountains and untamed trails. The torque vectoring system adjusts torque sent to each wheel offering greater agility. 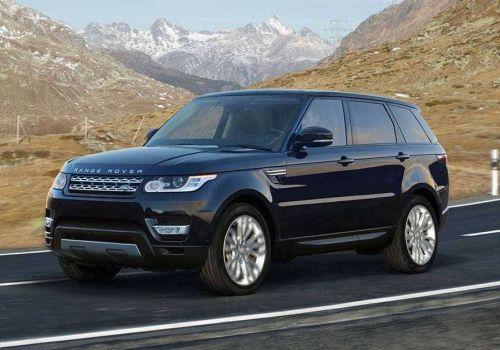 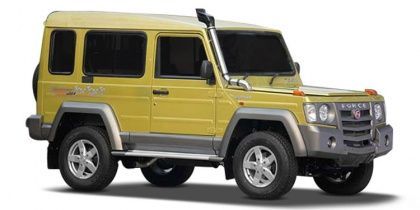 Mahindra launched the Scorpio with the combination of an off-road and appealing in design. The Scorpio is a capable off-road vehicle which can be driven on city roads as well as toughest and roughest road conditions.

The Renault Duster is slotted under the compact SUV segment; however, it is the only SUV with 4WD capabilities to take on off-road conditions. Along with 210mm of ground clearance, the Duster is built with a high approach and departure angles. Also, the Duster is an affordable off-road vehicle, and the ride and handling are incredibly good. Jeep Wrangler is a must-buy-car for all adventure seekers. There is a weird resemblance between the Wrangler and the Thar, but the Jeep is much wider and larger in size. The electronic rear-locking differential gives it a better control whether travelling on or off-road. The car is powered by a 2.8-litre diesel engine that churns out 197 bhp power.

The G-Class or G-Wagen as it was originally called has been in production for more than 35 years now. The basic shape remains unchanged and each model is hand produced. The new G63 AMG puts incredible power with a 5.5-litre V8 petrol engine developing up to 544 bhp.

Land Rover introduced a new entry-level luxury SUV off-roader the Discovery Sport in India. The Discovery Sport sits marginally below the Range Rover Evoque and is offered with both five and seven seater options in the Indian luxury car market. Unveiled as the Discovery Vison concept, the new model will be the first in the all-new Discovery range. The Discovery Sport is available in India with both diesel and petrol engine option. The diesel engine in available two different states of tune. The new 2.0-litre four-cylinder Ingenium diesel engine is set up to deliver 147 Bhp or 187 Bhp depending upon the variant. The new 2.0-litre four-cylinder petrol engine is set up to deliver 237 Bhp. The SUV comes loaded with Land Rover’s off-road hardware.

Toyota Land Cruiser is the big burly luxury SUV from the Japanese manufacturer Toyota. The Land Cruiser is powered by a 4.5-litre turbocharged diesel V8 engine which produces 261 Bhp of power and 500Nm of torque. The engine mated to a six-speed automatic gearbox with full-time all-wheel-drive. The Land Cruiser is the top of the line SUV from Toyota and features Crawl Control, Terrain Response system, hill hold, hill descent control, traction control, vehicle stability control et al. It also has ten airbags to protect the occupants in case of a mishap.